Constipation, nausea and sleep disturbances are only few side effects of OxyContin. What are the others? Check out here, plus all facts on Oxycontin 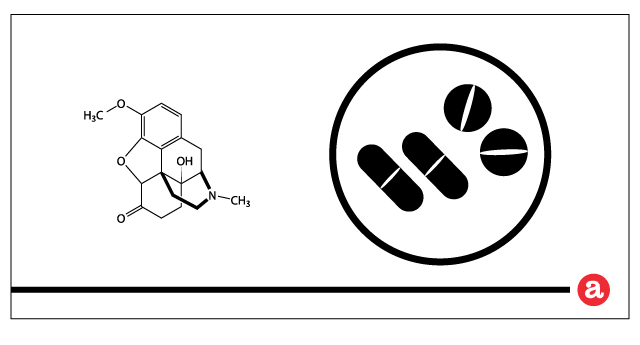 OxyContin is the brand name for a pain medication which contains oxycodone. Oxycodone is a white, odorless crystalline powder, which is derived from the opium alkaloid, thebaine. OxyContin is water-soluble (1 g in 6 to 7 mL) and slightly soluble in alcohol (octanol water partition coefficient 0.7). Like other opioids, there is a real potential for developing OxyContin dependence, although experts still don't know why dependence occurs.

Why do people use OxyContin?

OxyContin is used to treat moderate to severe pain that is expected to last for an extended period of time. It's prescribed for relief of moderate to severe acute or chronic pain. OxyContin is useful for acute pain and in some instances of chronic cancer pain. In fact, researchers report that in patients suffering from moderate to severe pain, OxyContin plays an important role in improving their quality of life. Usually, OxyContin is used for around-the-clock treatment of pain. However, it is not usually prescribed on an "as-needed" basis. Especially for versions of the slow-release tablet, since it is a narcotic that should not be taken more often than every 12 hours. A person is abusing OxyContin if they are taking Oxy in any way OTHER THAN PRESCRIBED. If you're using OxyContin to induce euphoric high, this is drug abuse. Commonly, people also use alcohol, heroin, or cocaine in combination with OxyContin, in order to heighten the effects of an OxyContin high. However, mixing OxyContin with other drugs that either stimulate or depress the central nervous system is very dangerous. Common routes of administration for OxyContin inlude:

OxyContin interacts with the opiate receptors in the brain and spinal cord and changes the way that we perceive feelings of pain. At the same time, OxyContin causes euphoric feelings of well-being. But other effects can occur which can be uncomfortable. This includes: While these are common effects that are expected, people who abuse OxyContin can risk overdose. If taken in high doses, or in patients not tolerant to opiates/opioids, OxyContin can cause shallow breathing, bradycardia, cold-clammy skin, apnea, hypotension, miosis, circulatory collapse, respiratory arrest, and death. All these symptoms can also be the outcome of an overdose from OxyContin. Other side-effects of OxyContin abuse include:

Yes, OxyContin is addictive. The main ingredient in OxyContin is oxycodone, which has medium-high addictive properties. But OxyContin may be habit-forming, even when taken at regular doses. The main characteristics of addiction to OxyContin are: In cases where the drug has been taken regularly over an extended period of time, the central nervous system becomes accustomed to the presence of OxyContin. So, when individuals try to quit after they become dependent they go through OxyContin withdrawal. The risk of experiencing severe withdrawal symptoms is high if a patient has become physically dependent or addicted and discontinues OxyContin abruptly. People who use OxyContin recreationally, and not as intended by the prescribing physician are at even higher risk of severe withdrawal symptoms, as they tend to use higher-than-prescribed doses and mix the drug with other substances. The symptoms of OxyContin withdrawal mimic those of a severe flue, and they also include anxiety, panic attack, nausea, insomnia, muscle pain, muscle weakness, fevers. If you want to explore more specific information on OxyContin, check out the following:

OxyContin withdrawal may be hard to overcome... How can you deal with it? Practical guide here. ... 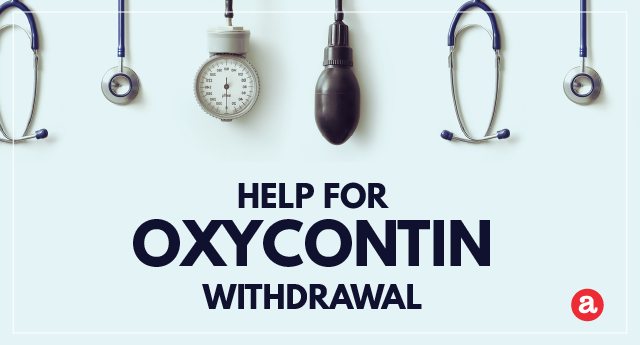 A look at the main services provided in treatment from OxyContin addiction. Find out what awaits you during and after a ... 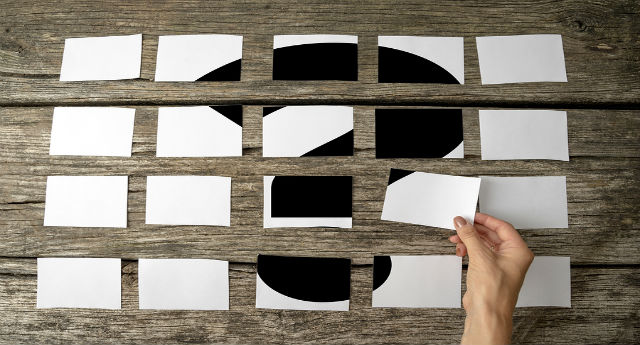 What changes occur in your body and brain as you take OxyContin for pain management? Find a break-down of the medication ... 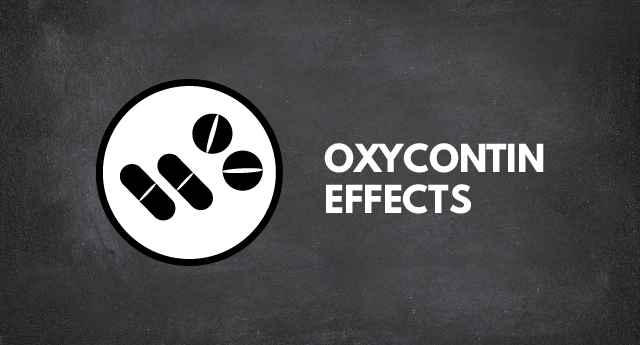 There are a number of physical signs and symptoms that can suggest someone is addicted to OxyContin. More on how to reco ... 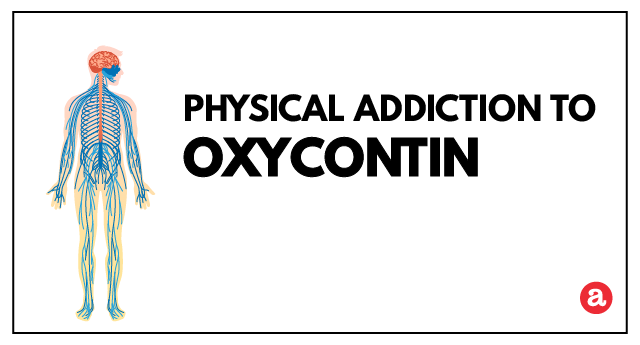 There are many ways you can help an OxyContin addict. Show support and encouragement. Stage interventions. Or, research ... 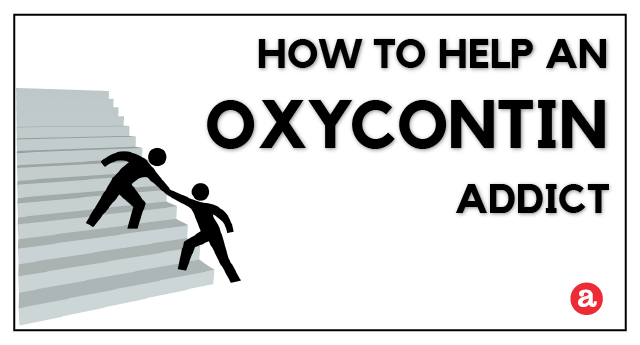 How can opioid or opiate dependence be treated with a prescription for another opioid? More here. ... 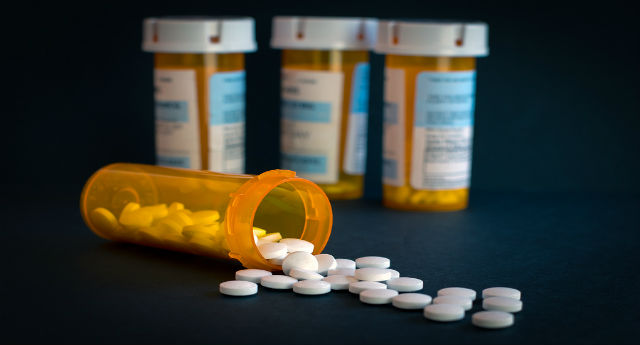 You can become addicted to OxyContin even after prescription use? How can you tell that you or someone you love is addic ... 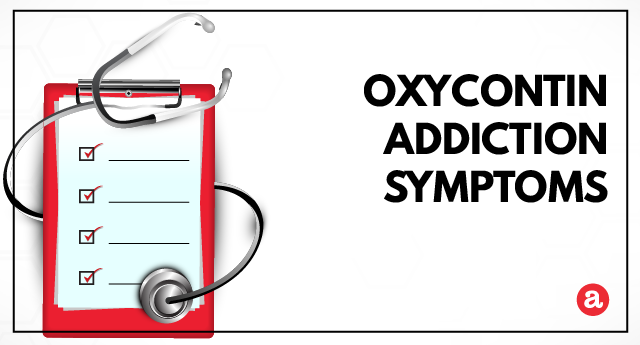 OxyContin contains oxycodone, but includes a time-release mechanism so that the pain-killing effect lasts longer (meanin ... 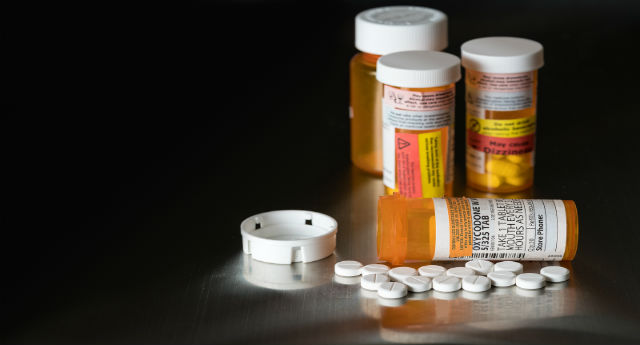 OxyContin withdrawal side effects include nausea, sleep disturbance, depression, and anxiety. More on what to expect dur ... 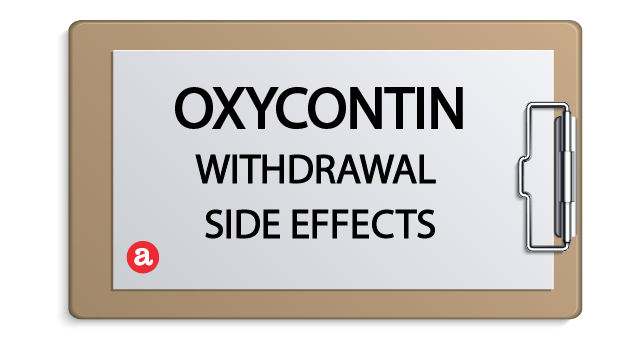 When snort OxyContin, you increase the intensity, quickness, and duration of action of oxycodone on the system. What do ... 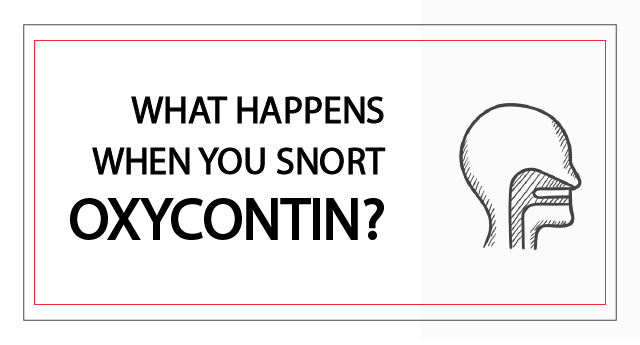